To share your memory on the wall of Mr. Kaj Wickstrom, sign in using one of the following options:

Provide comfort for the family by sending flowers or planting a tree in memory of Mr. Kaj Wickstrom

A receipt has been emailed to the address provided. A receipt may also be printed.

Provide comfort for the family by sending flowers or planting a tree in memory of Mr. Kaj Wickstrom

Kaj was born in Kokkola, Finland on December 12, 1934. In 1957, at the age of 23, he decided ... Read More
The family of Kaj Torwald Wickstrom (Papa) sadly announce his peaceful passing in the TBRHSC Transitional Unit on Wednesday, March 31, 2021.

Kaj was born in Kokkola, Finland on December 12, 1934. In 1957, at the age of 23, he decided to take a leap of faith and move to Canada with his young family. His journey brought him to Port Arthur where he began working in the bush camps. He then moved on to work at Wanson's Lumber, mastering his carpentry skills. Opportunity knocked and Kaj began a partnership with Mr. Olavi Makela. Together they went on to build and renovate many homes in Thunder Bay and throughout the region, including homes for his son and daughter. He was often called upon by family and friends to help repair things in their homes. Kaj was the ultimate “Mr. Fix It”.

In his younger years Kaj was quite an athlete. He played for many years with the Reipas Soccer Club and also enjoyed broomball, hockey and bowling. Kaj loved the outdoors and would take part in the annual Surprise Lake swim sponsored by the local Finnish community. He was also a member of the Finnish Otava Men's Choir.

In later years he enjoyed trips with his partner of 38 years, Lorrein Thompson, to many parts of Canada and the United States.

Kaj was predeceased by his parents Anna and Elis Wikstrom; a son in infancy and a brother Harri Wikstrom.

Our family would like to thank Dr. Skunta and all the staff at the Transitional Unit.

As per Kaj's wishes, cremation has taken place and a private graveside service will be held in Sunset Memorial Gardens at a later date. Arrangements have been entrusted to EVEREST FUNERAL CHAPEL, 299 Waverley Street at Algoma.

If friends desire donations can be made to Thunder Bay Regional Health Sciences Foundation.

'We will miss you Papa”
Read Less

We encourage you to share your most beloved memories of Mr. Kaj here, so that the family and other loved ones can always see it. You can upload cherished photographs, or share your favorite stories, and can even comment on those shared by others.

Posted Apr 10, 2021 at 11:05am
So sorry to hear of Mr. Wickstrom's passing. My sincere condolences go out to Tarja and the the rest of the Wickstrom family at this most difficult time.

Posted Apr 10, 2021 at 11:04am
Sorry to hear of Kaj's passing . He was a wonderful man and always enjoyed helping wherever he could . We enjoyed many conversations at the beer table and have fond memorys . Bud Sherlock and Miriam Franks .
Comment Share
Share via:
ET

Posted Apr 10, 2021 at 09:40am
Sorry to hear about your father's passing. Thinking of you all at this difficult time. Sending Doug and his family our deepest sympathy
Comment Share
Share via:
TL

Posted Apr 04, 2021 at 01:42pm
Tarja, Hokan and family....We were sad to see that Kaj has passed away. Our sincere sympathy in your loss.
Many good memories from the past. May all your good memories sustain you in your grief.

Posted Apr 03, 2021 at 09:02am
Tarja, Hokan and family: We were so sorry and saddened to read of your Dad's passing. When your Dad first arrived in Thunder Bay he and Frank became instant friends through soccer. We have many wonderful memories especially when your late Mom and Dad became Patty's god parents! Our condolences to all the family. May the good memories sustain you.
Comment Share
Share via: 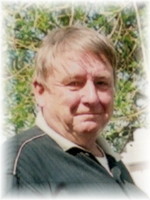